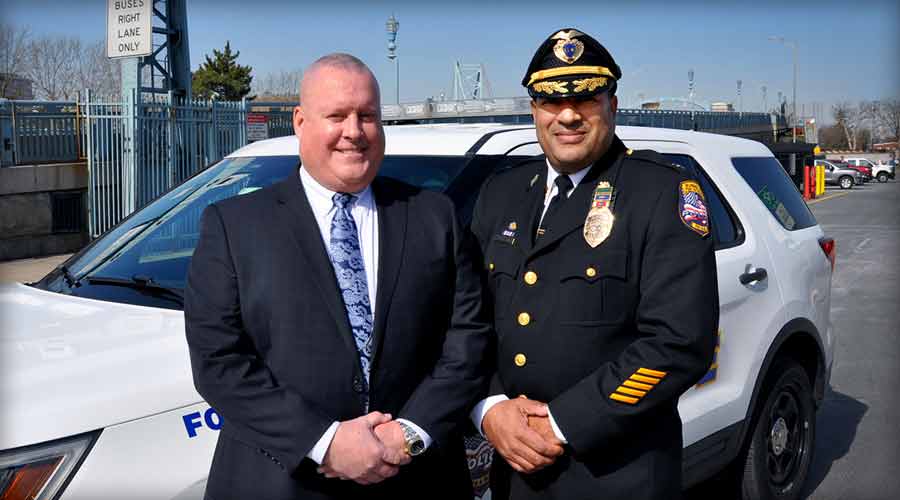 Cobbs is expected to oversee the entirety of the port’s police department, which handles more than 80,000 calls for service annually. He joined the DRPA Police Department in 1994 as a police officer, and has since climbed the ranks, being named captain in 2017/ He has served as acting chief of police in part with Finnegan since January 2021. Cobbs will be the first African-American to lead the department, which employs 150 sworn officers and 30 civilian members.

Finnegan will manage DRPA’s security and safety preparedness and oversee the public safety, homeland security and emergency management departments of the police force. Finnegan joined the DRPA police force in 1992 as a police officer and was also named captain in 2017 alongside Cobbs. Finnegan also served as the acting director of the port’s Homeland Security & Emergency Management Department from 2016 to 2017.

“We are pleased to have such seasoned law enforcement professionals lead our security and safety initiatives,” said DRPA CEO John Hanson in a press release. “Their extensive knowledge will benefit DRPA as it creates new and innovative ways to keep people connected safely.”