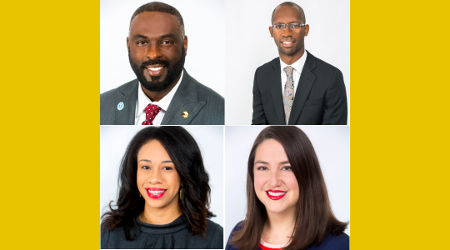 Dallas Area Rapid Transit (DART) has added four new members to its board.

The new board members are:
• Ray Jackson, who serves as managing partner of the Jackson Law Firm;
• Jon-Bertrell Killen, a solution architect at Slalom Consulting;
• Dominique Torres, who operates the Torres Law Office where she handles personal injury, immigration and family law cases; and
• Catherine Cuellar, director of partnerships for RefillWise, a free pharmacy discount and rewards program.

Jackson, Killen and Torres represent the city of Dallas on the board, while Cuellar represents both Dallas and the city of Cockrell Hill, Texas.