Cordero to run Port of Long Beach as executive director 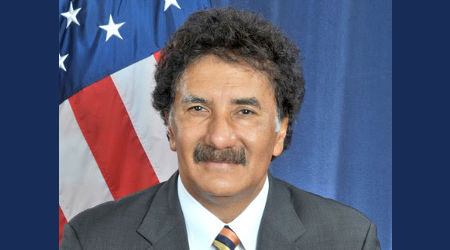 The Long Beach Board of Harbor Commissioners has tapped former Federal Maritime Commission Chairman Mario Cordero as executive director of the Port of Long Beach.

A Long Beach, Calif., resident and attorney, Cordero currently is a member of the Federal Maritime Commission. The Harbor Commission's board agreed to hire him as the port's executive director following an international search, according to a press release.

"Mario not only has a deep understanding of the maritime industry from his leadership of the Federal Maritime Commission, but his service as a member of the Long Beach Harbor Commission gives him extensive knowledge of the needs of our carriers, terminal operators, cargo owners and other trade partners," said Harbor Commission President Lori Ann Guzman. "Mario approaches challenges from a bipartisan, collaborative perspective and as we seek to keep our port thriving, his combination of national and local experience is well-suited to carry us into the future."

President Barack Obama appointed Cordero to the Federal Maritime Commission in 2011. His term expires in June 2019. He served as chairman from April 2013 until January.

While a Long Beach Harbor commissioner from 2003 to 2011, Cordero helped to spearhead the port's pioneering Green Port Policy, formalized in 2005. The policy was aimed at reconciling economic growth and environmental stewardship to achieve long-term, sustainable port development.

Cordero also served as Harbor Commission president from 2007 to 2008. Additionally, he has served on the executive board of the American Association of Port Authorities' Latin American delegation.