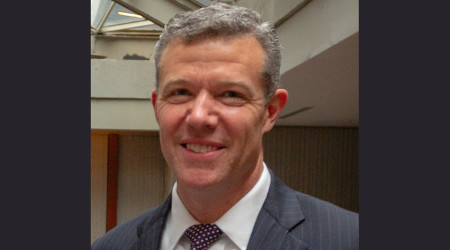 Tymon is currently association's chief operating officer and director of policy and management. He joined AASHTO in 2013.

"Jim Tymon has a tremendous amount of transportation policy experience at the highest levels in Washington," said John Schroer, AASHTO's president and commissioner of the Tennessee Department of Transportation. "In our estimation, he is the most capable from among a diverse and highly qualified group of candidates to lead AASHTO and its talented staff in the coming years."

He also served as the committee's lead staffer for development of MAP-21, the surface transportation bill signed into law in 2012.

Before that, Tymon spent three years with the Office of Management and Budget.