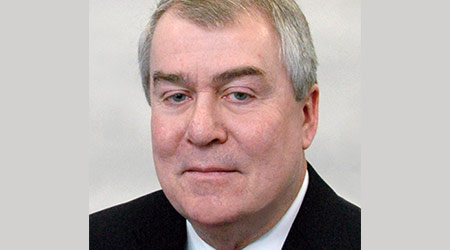 The Brotherhood of Railroad Signalmen (BRS) has elected Jerry Boles president to fill the vacancy created by the retirement of Floyd Mason on Jan. 1. Boles most recently was the union's secretary-treasurer.

Following his appointment as a Grand Lodge representative in 1997, Boles in 2001 was elected vice president-headquarters, a position he held until he became secretary-treasurer in 2011.

Founded in 1901, the BRS represents more than 10,000 rail workers in the United States and Canada who install, repair and maintain signal systems.