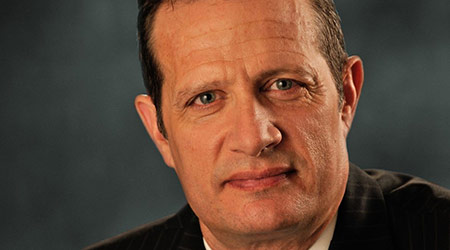 The Bi-State Development Board of Commissioners will install Taulby Roach as president and chief executive officer Jan. 1. He will succeed John Nations.

For the past year and a half, Roach has served as the chief financial officer for the St. Clair County Transit District, which contracts with Bi-State Development and Metro Transit for MetroLink and MetroBus services in the county. In the past year, he played a key role in a security mobilization initiative to establish cross-jurisdictional police support for officers on MetroLink trains in Illinois and Missouri, Bi-State Development officials said in a press release.

"Taulby has nearly three decades of combined experience in real estate, transportation, public policy, infrastructure and development," said Bi-State Development Chair Constance Gully. "He is experienced in every aspect of project development, from capital funding to design and construction."

Nations, who joined Bi-State Development in 2010, is the organization's longest-serving president and CEO. In June, he announced plans to step down to spend more time with his family and join law firm Evans and Dixon.