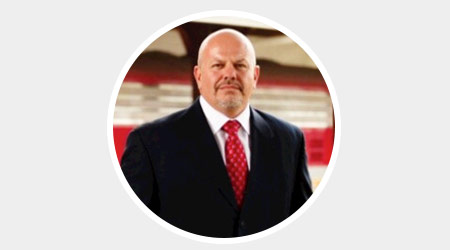 Nathan Henderson, who served the Class I, contracting and supply segments of the industry during his 20-year rail career, died April 18 from an apparent heart attack. He was 43.

"Nate was legendarily well connected and well loved," said Chuck Baker, president of the National Railroad Construction and Maintenance Association (NRC) in an April 19 message to the NRC board, of which Henderson was a member. "He was a truly fun person. Nate was big-hearted, motivated and ambitious, funny, great with people, always up for adventure and smart. He had boundless energy."

In addition to serving on the NRC board, Henderson was a member of the Association of American Railroads' Associate Advisory Board.

Henderson is survived by his wife, Amy, and three children.

"He loved his family, [the University of] Kentucky’s Big Blue Nation, this industry and his friends ... and the world loved him in return," Baker said.