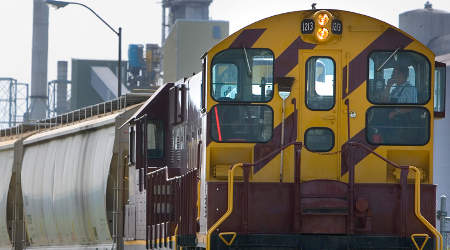 Prior to joining TC&W in 2013, Meyers worked for BNSF Railway Co.

Wegner is the current president and CEO of TC&W. He will continue in those positions while adding service as CEO of RRVW, which is based in Wahpeton, N.D. He joined TC&W in 1991 as its accounting manager. Before becoming CEO in 2014, he served the railroad as comptroller, senior vice president and general manager, executive vice president and chief operating officer, and president.

"Freight rail transportation is vital to the communities we serve in North and South Dakota and Minnesota," said RRVW Chair Martha Head in a press release. "The new leadership team at RRVW is committed to working as a partner with those communities and our customers to provide safe, dependable, efficient and high quality transportation of products and commodities to market."