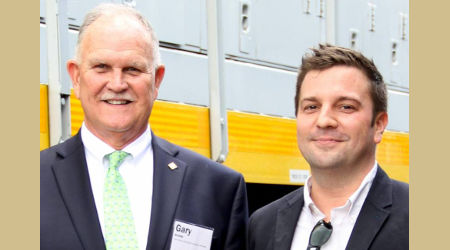 Stotter most recently served as vice president and chief operating officer. He joined the North Cumberland, Pennsylvania-based railroad company in 2001, according to a press release issued by Chairman Gary Shields.

Stotter was part of the company's succession plan implemented four years ago and succeeds Shields, who has retired as its top executive.

"Over the past two years, Jeb has administered the primary duties and responsibilities of CEO," said Shields. "It has been my honor to observe Jeb successfully and gracefully transition into this role."

All of North Shore's management team will report directly to Stotter.