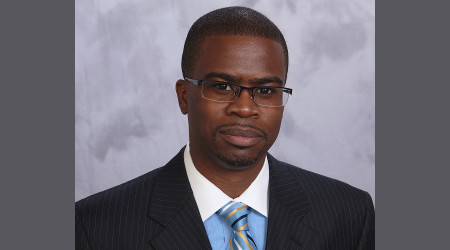 Caver fills the position vacated by Michael York, who retired last week. Caver joined GCRTA in 2000 and left in 2002 to earn a doctorate degree from the University of Texas at Dallas. He returned in 2006 as GCRTA's manager of budgets.

Caver's technical knowledge of the bus and rail industry, and his ability to lead and inspire others, made him the agency's No. 1 candidate, Calabrese said.

Caver is the creator of the TransitState performance management initiative, which has helped reduce costs, improve processes and change work culture at GCRTA, agency officials said.

The system connects the agency's bus, paratransit and rail systems, according to a press release issued by Brown's office.

"Our current system is obsolete and parts availability has been so difficult that we were sometimes shopping on Ebay for discontinued parts," Calabrese said. "This grant will allow us to update our entire communications system and bring it into the 21st century to improve the quality of our service and the safety of our customers."

The total cost of the upgrade is $18 million; other federal funds and local matches will cover the remaining costs, officials said.