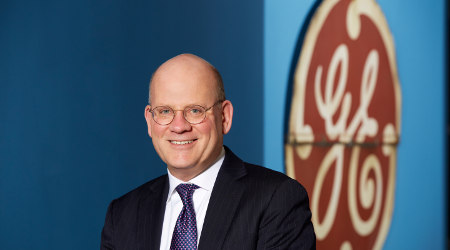 As CEO, Flannery succeeds Jeff Immelt, who will remain chairman until his retirement from GE on Dec. 31. In addition, Jeff Bornstein, chief financial officer, has been promoted to vice chairman.

Today's leadership announcements are the result of a succession plan run by GE's board since 2011, according to a company press release.

Currently, Flannery is president and CEO of GE Healthcare. He joined GE Capital in 1987, where he focused on evaluating risk for leveraged buyouts. He has worked for GE in Latin America, Asia and India.

In 2013, Flannery led business development at GE Corporate, where he focused on capital allocation for the company and led the acquisition of Alstom's power business, the largest industrial acquisition in the company’s history. He also worked on shrinking GE Capital, the Synchrony Financial IPO, and the disposition of GE Appliances. Flannery joined GE Healthcare in 2014.

"John is the right person to lead GE today. He has broad experience across multiple businesses, cycles and geographies," said Immelt. "He has a track record of success and led one of our most essential businesses. Most important are his strong leadership traits — good judgment, resilience, a learner, team builder and a tough-minded individual and competitor."

During his tenure, Immelt re-established GE's market leadership based on technological innovation, grew a strong share position in essential industries and built a backlog of $320 billion.

GE is the parent of GE Transportation.