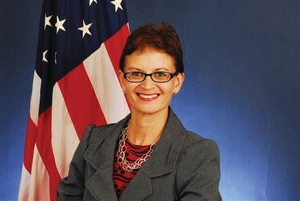 As acting administrator of the FTA, McMillan manages a staff of more than 500 at the U.S. Department of Transportation, including staff in Washington, D.C., and 10 regional offices.

"We are looking forward to having Therese join the Metro team and return to her home town where she will provide great value as we position L.A. County for its transportation renaissance," said Metro Chief Executive Officer Phillip Washington in a press release. "She is a leader in transportation policy, a community and coalition builder, and knows how to translate strategic planning into implementation."

McMillan oversees an annual FTA budget of more than $10 billion in federal formula and competitive grants for nearly 1,000 transit agencies and state departments of transportation across the country.

Before joining the FTA as deputy administrator in 2009, McMillan served as deputy executive director of policy at the San Francisco Bay Area Metropolitan Transportation Commission.

"As the FTA acting administrator, Therese McMillan was a tremendous collaborator with the public transportation industry and an effective advocate for public transit in the Obama Administration," said APTA Chair Valarie McCall.