WMATA wraps up second round of accelerated repair work 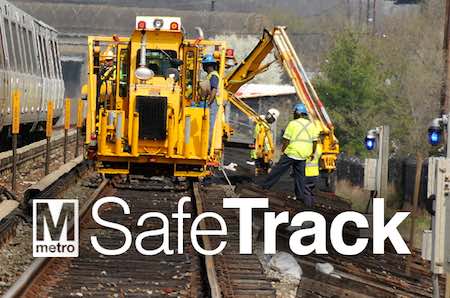 The Washington Metropolitan Area Transit Authority (WMATA) has completed its second "surge" of repair work as part of an accelerated maintenance plan, the agency announced yesterday.

The work is part of WMATA's "SafeTrack" maintenance plan, which fits three years worth of repairs into one year. The plan includes a total of 15 long-duration track outages or "surges."

"I am satisfied that we are accomplishing our objectives with respect to the pace of track work progress in Surge No. 2," said WMATA General Manager and Chief Executive Officer Paul Wiedefeld. "Our continued success depends upon Metro customers heeding the warnings about reduced service during SafeTrack surges and finding alternate ways to commute. I am optimistic as we get underway now with Surge No. 3."