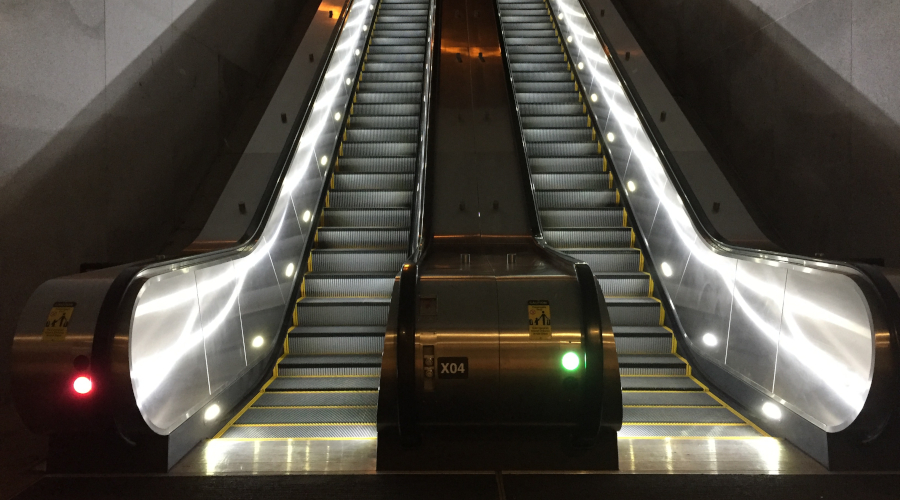 The project began in 2011 with the replacement of escalators at Foggy Bottom Station, with the final escalator placed in service at Court House Station last week by WMATA contractor KONE, authority officials said in a press release.

In addition to installing the new escalators, WMATA rehabilitated another 153 escalators to “like new” condition by replacing motors, steps, handrails, safety devices and electrical systems.

Protective canopies are being installed over new escalators exposed to outdoor elements. Eight canopies have been completed, with six more scheduled for construction at Smithsonian, Judiciary Square, Archives, U Street and Arlington Cemetery stations.

To optimize cost savings, WMATA consolidated its escalator fleet from six to three manufacturers. As a result of a streamlining, the time it takes to complete an unexpected repair has declined 43 percent, from an average of 14 hours in 2011 to eight hours today, officials said.

“When this project began, many of [WMATA’s] escalators were beyond their useful life, breaking down and undependable. Without canopies, many were exposed to rain, snow and the elements, exacerbating the wear and tear from long hours and millions of riders over the years,” said Paul Wiedefeld, WMATA general manager and chief executive officer. “Through this massive rebuilding effort and improved maintenance practices [WMATA’s] escalators are more reliable today and take far less time to repair when issues occur.”

Earlier this month, WMATA also issued a request for proposals to replace another 127 escalators over seven years. Work is also scheduled to begin in April 2020 to rehabilitate another 89 escalators.