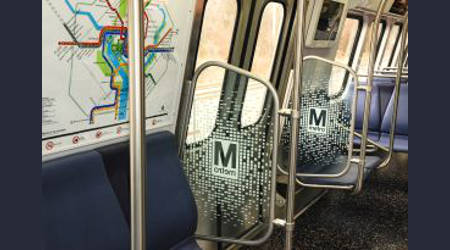 WMATA's action is in response to a safety concern raised by ATU Local 689, which represents the agency's operators, clerical and maintenance workers. The concern involved procedures for inspecting ground brushes, which are part of the train's undercarriage that return negative electrical current to the rails, WMATA officials said in a press release.

Rail cars must undergo daily inspections prior to operation. The suspension of maintenance inspections reduces the number of cars available for service. WMATA advised riders to expect shorter trains and possible crowding until the issue is resolved.

ATU Local 689 voiced concerns after one of its members received an electric shock while inspecting a 7000-series rail car last Saturday, The Washington Post reported.

The worker reported the shock was "light" and left no visual burns. Safety officials are investigating the incident and have notified the Federal Transit Administration about a "hazardous condition," WMATA spokesman Dan Stessel told the newspaper.

It appeared the shock occurred due to "defective wires within the ground brush compartment," Stessel said.

WMATA has been replacing its oldest cars, the 1000- and 4000-series, with 7000-series cars manufactured by Kawasaki.