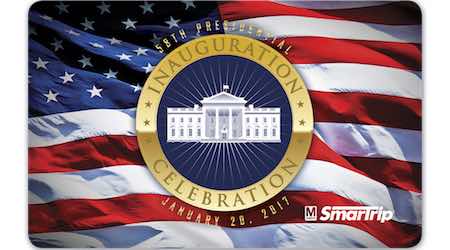 Each card comes preloaded with a one-day pass for unlimited trips on Metrorail and Metrobus on Inauguration Day, which is Jan. 20. Riders can purchase the cards online, WMATA officials said in a press release.

"Our goal is to get as many commemorative cards into circulation as possible among our Inauguration Day guests so they can skip the lines and head right for the train or bus," said WMATA General Manager and Chief Executive Officer Paul Wiedefeld.

No track work is planned during the week of the inauguration, WMATA officials added.