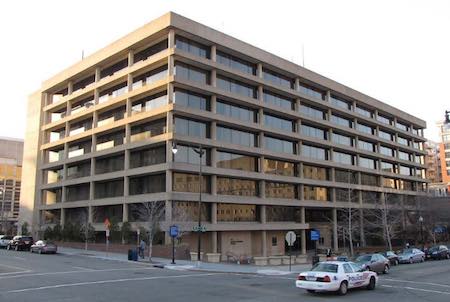 The building's worth depends on "what density a rezone of the property would allow," WMATA officials said in a press release.

The valuation report includes a range of current market values for the property and identifies various scenarios to maximize its worth. For example, renovating the existing structure would put the value of the property at $56 million, while demolishing it and opening it up for commercial redevelopment would put the property's value at $132 million.

If WMATA opts to remain in the building, the agency would need to replace nearly all of the building's plumbing, electrical, heating and air conditioning systems.

"The choices facing Metro about its headquarters building are clear: either expend millions to retrofit the existing building to bring it up to modern fire and life safety standards, or sell the building at the top of its potential value range and use those proceeds to fund a relocation," said Wiedefeld.

To optimize the property value, WMATA is seeking a rezoning to allow for high-density commercial redevelopment. As of now, only WMATA has permitted use of the site.

After the property is rezoned, Wiedefeld will reassess the agency's market position and decide whether to sell the building, WMATA officials said.