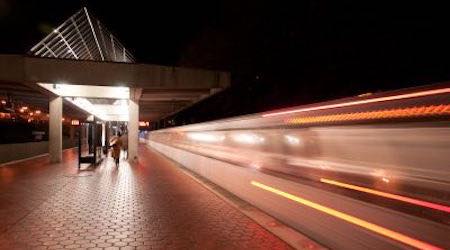 The Washington Metropolitan Area Transit Authority (WMATA) has partnered with the federal General Services Administration (GSA) to lower the rate WMATA pays for electricity in the District of Columbia.

Starting in July and extending through November 2021, WMATA's accounts with the Potomac Electric Power Co. (Pepco) will be added to the GSA's existing electricity supply rate within the district.

The move is expected to save WMATA more than $1 million per year compared with its existing supply rates, agency officials said in a press release.

"When it comes to running Metro as efficiently as we can, we are leaving no stone unturned," Wiedefeld said.

In addition, WMATA is conducting an agency-wide energy audit to identify potential savings while continuing to pursue sustainable energy initiatives.

Recent sustainability projects include a pilot of new high-efficiency switch heaters on WMATA tracks, the installation of improved garage lighting at parking facilities and an ongoing effort to upgrade lighting in station mezzanines and platforms to LED fixtures.

The energy audit results are slated to be released this summer.