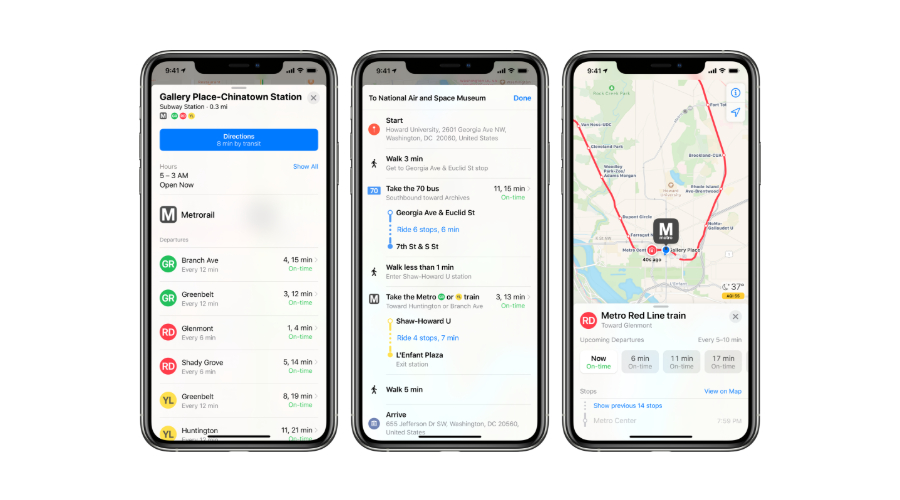 “The introduction of real-time data on Apple Maps — and soon other services — is a game-changer that will improve trip planning and give riders new visibility on the exact location of their train or bus,” said WMATA General Manager Paul Wiedefeld in a press release. “We want to make choosing [WMATA] as simple and convenient as possible, and a key element of success will be providing real-time transit information as broadly as possible.”

Previously, WMATA released rail and bus schedules through application programming interfaces (API) in 2010, followed by GTFS scheduled data in 2011. In 2016, the authority also released a real-time API feed that shows the live location of trains throughout its 117-mile Metrorail system.