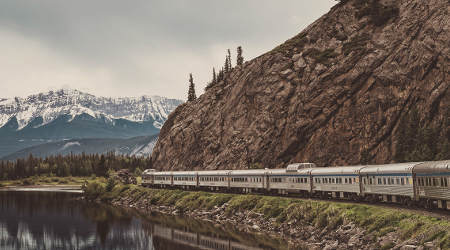 "Though success has almost become the norm after 13 consecutive quarters of growth, we are not resting on our laurels," said  Desjardins-Siciliano. "We continue to put our passengers first and improve the customer experience to encourage more Canadians to take the train."

Also during Q2 2017, VIA completed 15 capital projects at maintenance centers and stations at a cost of CA$6.5 million. Over the next three years, the railroad plans to invest CA$54.3 million in its facilities.

Meanwhile, VIA Rail's on-time performance (OTP) along the Quebec City-Windsor corridor remained at 76 percent. OTP for the Ocean route between Montreal and Halifax reached 90 percent.

However, OTP dipped as low as 17 percent for trains on the Canadian line between Toronto and Vancouver. That was due to a high volume of freight traffic and major work blocks that began in spring, VIA Rail officials said in the second-quarter report.