VIA Rail amps up accessibility efforts 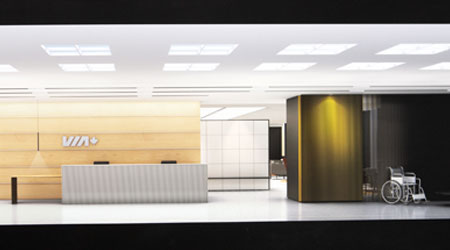 The terminal now is the most accessible station in the railroad’s network, said VIA Rail President and Chief Executive Officer Yves Desjardins-Siciliano — who helped inaugurate the renovated facility — in a press release.

Started in 2016, the CA$15 million project included the installation of two elevators between the station and boarding platforms, and construction of a heated, level boarding platform with an access ramp.

VIA Rail plans to continue transforming the Ottawa station this summer by renovating and expanding the business class lounge to make it fully accessible.

"The facilities [we] inaugurated are part of our commitment to offer to all Canadians a safe and efficient mode of transportation between the cities of our vast country," said Desjardins-Siciliano. "What's more, we are developing a universal accessibility policy that will favor a better integration of the different facets of accessibility, be it in our stations, our trains, our call centers or on the web."

Last year, the railroad logged nearly 4.8 million passengers, many of whom have limited mobility, vision or hearing. Since 2010, VIA Rail has spent more than CA$162 million to make its trains and facilities more accessible.

To honor the railroad’s accessibility efforts, the National Office of the Canadian Council of the Blind (CCB) has presented its 8th annual President's Award to VIA Rail.

Last year, VIA Rail collaborated with the International Union of Railways on a proof of concept at the Ottawa station aimed at enabling blind and partially-sighted passengers to autonomously navigate the station from entrance to platform via audio indications. The effort included the participation of the CCB and Canadian National Institute for the Blind.

Tests were conducted on a combination of two technologies incorporating smartphones and a GPS-like system. The Ottawa station was one of only two stations in the world to participate in the pilot project, with the other a SCNF station in France, VIA Rail officials said. The railroad plans to perfect the new tools and deploy the them in other stations.

The railroad also has strived to create more accessible spaces onboard trains, establish a user-friendly online reservation system and integrate more people with disabilities into its workforce, CCB officials said.