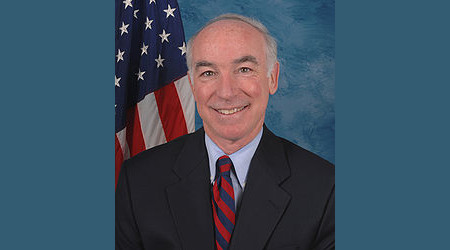 Courtney received a letter from the House Appropriations Subcommittee on Transportation, Housing and Urban Development that stated there is no funding for the FRA to implement the plan's rail upgrades in the Northeast Corridor either under current law or in the fiscal-year 2017 budget for transportation appropriations, the congressman said in a press release.

Courtney is objecting to the plan in response to constituents' concerns about a proposal that would change Amtrak's Boston-to-Washington route. One recommendation calls for a new route dubbed the "Kenyon Bypass" that would allow higher-speed trains to travel through coastal towns in Connecticut and parts of Rhode Island.

Proposals in the NEC FUTURE plan are subject to the appropriations process. The FRA has been gathering feedback on its Tier 1 final environmental impact statement for the plan, which was unveiled last year.

"The letter I received from House appropriations ... makes it perfectly clear that there is simply no money being provided to FRA for implementation of their NEC FUTURE plan, including the so-called Kenyon Bypass," said Courtney in a press release.

"I will continue to work with my colleagues from both sides of the aisle to ensure that no funding is made available now or in the future for FRA to implement any upgrades which harms communities here in southeastern Connecticut," Courtney added.