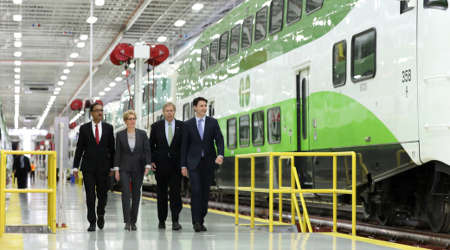 The money is being made available through the New Building Canada Fund, which provides financial support for infrastructure projects.

"GO RER will deliver fast, electric trains as frequently as 15 minutes in both directions, serving communities in the [greater Toronto and Hamilton area] and beyond, including the Waterloo Region and Barrie," said Ontario Premier Kathleen Wynne in a press release. "It will mean that people can spend less time commuting and more time doing what they love."