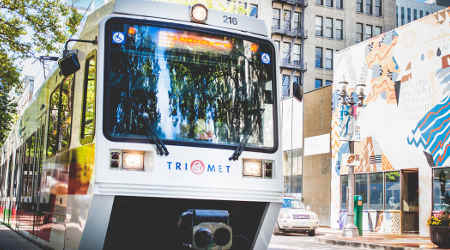 The Tri-County Metropolitan Transportation District of Oregon's (TriMet) board last week recommended that the Portland-area Metro Council adopt the locally preferred alternative for the Southwest Corridor light-rail project between Portland and Tualatin.

The preferred route would run 12 miles between downtown Portland and the Bridgeport Village shopping complex in Tualatin. The preferred option would include 13 stations, along with up to seven park-and-rides. It also would allow for 2 miles of shared transitway for future express bus service, TriMet officials said in a press release.

The project's partners — which include the Oregon Department of Transportation, Washington County, and the cities of Portland, Tigard and Tualatin — settled on the proposed route based on an earlier draft environmental impact statement, community input, costs and safety, according to TriMet.

Over the past seven years, project staff identified more than 60 routes for high-capacity transit in the greater Portland area,