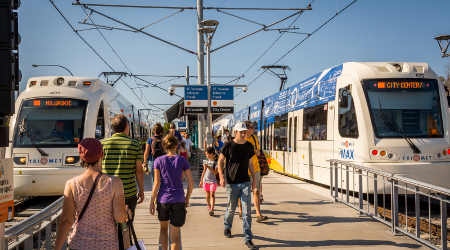 The Tri-County Metropolitan Transportation District of Oregon (TriMet) on Tuesday announced that ridership on the MAX Orange Line light-rail route grew to 3,484,200 trips during its second year of operation.

The figure represents a 6.1 percent increase compared with ridership during the Orange Line's first year of operation, when 3,285,400 trips were taken on the line. The route opened in September 2015.