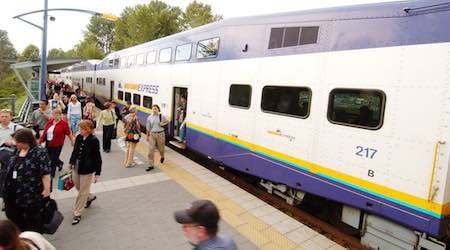 The 2016 ridership represents a 4.5 increase from 2015's record ridership of 363 million boardings, TransLink officials said in a press release.

Agency officials attributed the ridership boost, in part, to Vancouver's economic growth. The area had Canada's fastest-growing metropolitan economy in 2016 and is experiencing its lowest unemployment rates since the 2007-08 economic downturn, TransLink officials said.

"Ridership is one way we measure our success as a transit agency, and increasing the number of people on our system is something we've set as a core priority," said TransLink Chief Executive Officer Kevin Desmond. "The 2016 numbers show us there is strong demand for public transportation options."