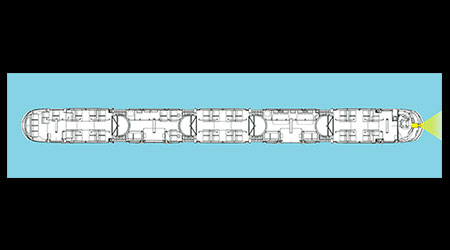 The Toronto Transit Commission's (TTC) board has approved a CA$2.1 billion 2019 operating budget that supports service improvements and adds 10 cents to most fares, the commission announced late last week.

Scheduled to take effect April 1, the fare hike affects most ticket types, except the adult cash fare, which will remain CA$3.25.

Services supported in the budget include a new two-hour hop-on-and-off transfer; capacity improvements such as more subway, streetcar and bus service; free rides for kids aged 12 and under; and opening the Line 1 extension to the York Region, TTC officials said in a press release.

While developing the budget, commission leaders found CA$135 million in efficiencies and offsets without affecting service, they said. The budget will yield a CA$26 million gain from the fare increase while the city of Toronto will obtain an additional CA$22 million subsidy.

"This keeps the average fare increase over the past two years below the rate of inflation," TTC officials said, adding that fares didn't increase in 2018.

Toronto is one of the last Ontario municipalities to implement forward-facing and external cameras on surface vehicles, TTC officials said. The cameras will help the commission investigate incidents involving its vehicles, and support investigations and claims.