The facility is still under construction, however, and won't be fully occupied by TTC until early next year. 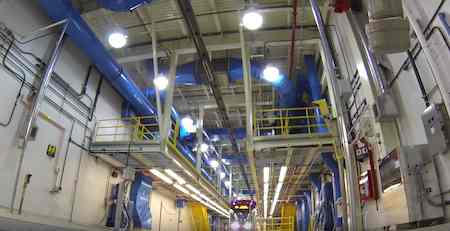 Additionally, Leslie Barns has one of the largest "green" roofs in Toronto and an on-site storm water management pond.

"The TTC has been eagerly anticipating the opening and operation of Leslie Barns," said TTC Chair Josh Colle. "It is a much-needed facility that will service and store our new streetcars for years to come."

All streetcar stops will now be located at signalized intersections or crosswalks, TTC officials said.

Transportation best practices indicate that streetcar stops should be between 820 and 1,100 feet apart, and no less than 650 feet to one another, according to the TTC.