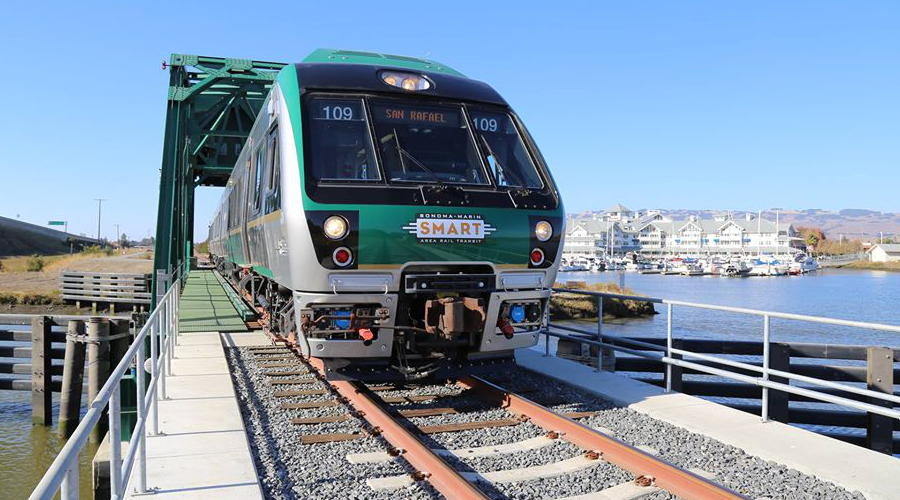 The Sonoma-Marin Area Rail Transit (SMART) agency in California earlier this week released a board-commissioned study that found its riders reduce greenhouse gas emissions by 33 percent per mile compared to completing the same trip in a car.

To date, SMART riders have prevented 8.1 million pounds of carbon dioxide emissions from being released into the environment, according to the study fact sheet.

The agency also reported that their trains are equipped with modern diesel engines that meet the U.S. Environmental Protection Agency’s Tier 4 emission standards. These engines cut particulate matter emissions by 96 percent and nitrogen oxide emissions by 93 percent compared to other diesel engines, SMART officials said in a press release.

About 50 percent of riders walk or take other public transit to connect to and from SMART train stations, while 14 percent use a bicycle.