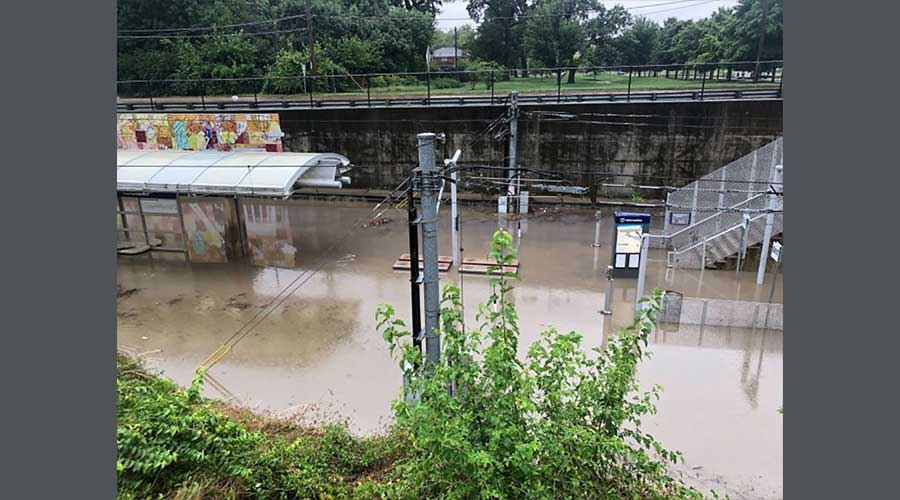 Crews are working around the clock to assess damage and make repairs to restore rail service, agency officials said in a press release. The transit agency has requested emergency federal and state funding to help cover its costs to repair and restore service.

"We have never seen flash-flooding to these extreme levels on the 46-mile MetroLink system since it opened in 1993," said Bi-State Development President and CEO Taulby Roach. Bi-State operates the Metro Transit-St. Louis.

MetroLink train service is available only between the Central West End and Shiloh-Scott stations at this time.