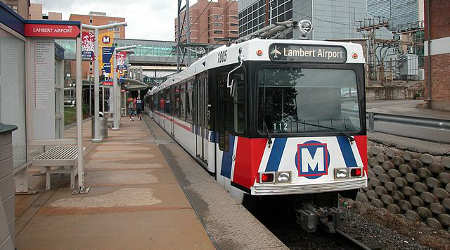 At community meetings, officials shared maps, ridership figures and budget options for the proposed route, according to the Northside-Southside Twitter account.

The meetings, which began Jan. 16 and continue today, follow the completion of initial data collection and engineering studies.

An extension of the MetroLink light-rail system, the line would run from Interstate 55 and Bayless Road in South St. Louis County to Interstate 70 and Goodfellow Boulevard in St. Louis.

Existing MetroLink lines have separated rights of way, but the Northside-Southside route would operate in the street, meaning trains would operate at slower speeds.

"The major benefit of street-running [light rail] is a positive effect on neighborhood development, as demonstrated by other modern light rail systems across the country, including Portland, Dallas, Minneapolis, and Charlotte," officials wrote on the project's website. "In those communities, transit is in the center of residential and commercial activity, improving pedestrian and bicycle access, and making station areas more attractive to developers."

The entire project is expected to cost $1.5 billion and take a decade to complete, TV station KMOV reported.