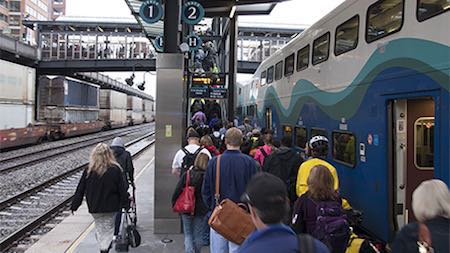 The additional routers will improve coverage and allow for faster download speeds, agency officials said in a press release.

When the upgrade is finished by the end of this month, passengers will be able to access Wi-Fi coverage on any Sounder car, according to Sound Transit.

The agency began offering Wi-Fi on its Sounder network in 2009. At the time, funding was restricted to 18 cab cars, so passengers who wanted to get internet access needed to be in a cab car to obtain a signal.

This service was often spotty because of the limited number of modems serving multiple-car trains, Sound Transit officials said.

"Equipping all Sounder train cars with routers is good news for the increasing number of riders using Sounder for their weekday commutes and game-day travel," Sound Transit officials said, noting that second-quarter boardings were up 13 percent compared with boardings during the same period last year.