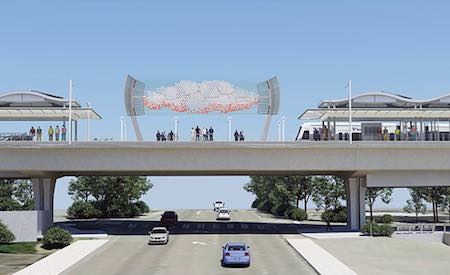 The $383 million project is $40 million under budget and four years ahead of schedule, Sound Transit officials said in a press release. The project is funded by the Sound Transit 2 sales tax measure, which voters approved in 2008.

The 1.6-mile extension runs from Sea-Tac Airport to South 200th Street and 28th Avenue and consists of an elevated guideway and the Angle Lake Station that will serve as the southern terminus for Link until the extension to Kent/Des Moines, Wash., opens in 2023.

The extension will be the agency's first design-build project. By 2018, the Angle Lake Station is expected to serve 5,400 riders each weekday.