The extension will connect the Stadium and Hilltop districts in Tacoma, Wash., to an existing 1.6-mile line that operates between the city's Theater District and the Tacoma Dome arena. The project calls for building six new stations and relocating the current Theater District station.

In addition, the project includes an expansion of the operations and maintenance facility in Tacoma.

"This is exciting news for Tacoma's residents, businesses and community organizations," said Sound Transit Vice Chair and Tacoma Mayor Marilyn Strickland in a press release. "Moving forward with final design means we are on track to start construction in 2018 as planned."

In 2008, voters approved a funding plan to expand Tacoma Link. The project is funded in part by tax revenue from the Sound Transit 2 ballot measure and city of Tacoma contributions, as well as a $75 million Small Starts grant from the Federal Transit Administration.

Tacoma and Sound Transit have secured $33 million in federal and state grants for the expansion — including a $15 million Transportation Investment Generating Economic Recover (TIGER) grant — and are identifying an additional $7 million to complete the city's $40 million contribution to the project, agency officials said.

She previously worked at the Center for American Progress and the University of Washington. She'll begin her new job at Sound Transit in mid-August.

"Sound Transit will be hugely fortunate to benefit from Rhonda's extensive experience in managing large, complex public organizations as we continue our track record of successfully completing major capital projects," Rogoff said in a press release. "Rhonda's deep roots in the Puget Sound region will serve us all well as we maintain and expand high quality service to the public." 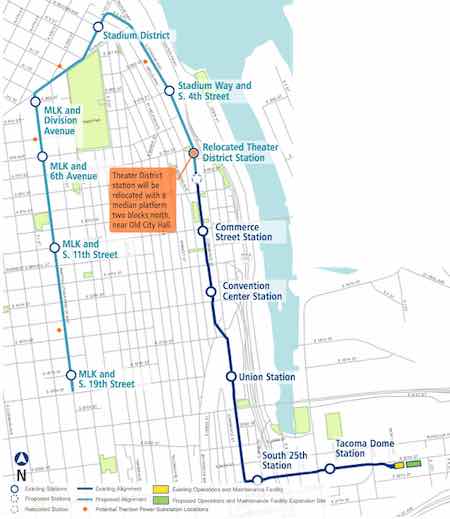