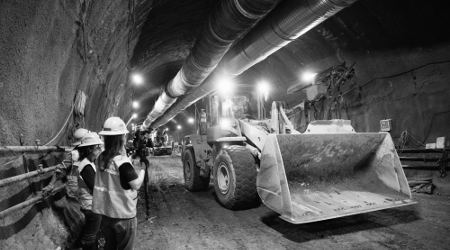 Crews are on track to finish the tunnel within 15 months, or about five months earlier than scheduled, Sound Transit officials said in a press release.

In mid-July, workers are expected to break through to the site of the future Bellevue Downtown Station. Crews began working on the 1,985-foot tunnel in February 2017.

Sound Transit was able to include the tunnel in the East Link project with the help of $100 million worth of in-kind contributions from the city of Bellevue. The agency's board and the city in April 2015 signed a memorandum of understanding that formalized the contribution.

"As the tunnel nears completion, we are moving ever closer to seeing light rail fully constructed, connecting the east side to the rest of the region and giving our residents and visitors a fast, reliable, traffic-free way to get around," said Claudia Balducci, a Sound Transit board member.