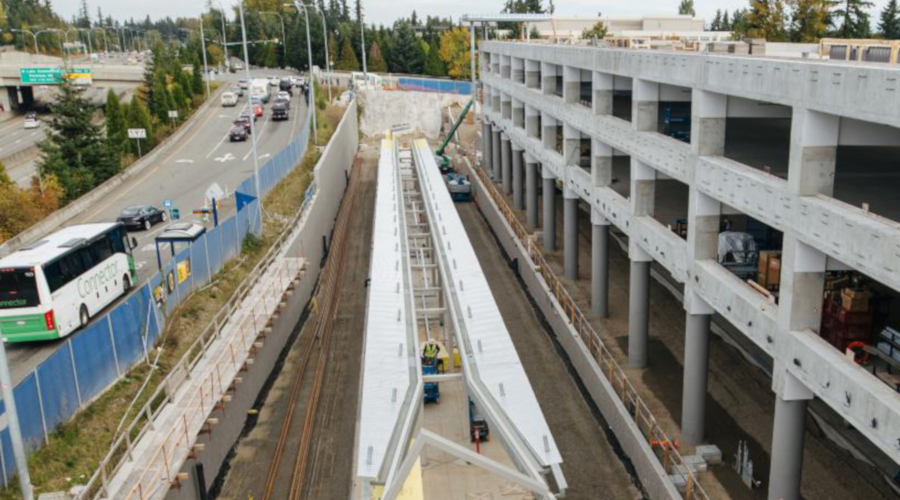 The segment will open in 2024, a year after light-rail opens between downtown Seattle and Redmond’s Overlake area.

Upon the extension's completion, service will operate between the Eastside and Seattle, the University of Washington, Sea-Tac International Airport and south Snohomish County, officials said.

"Today we celebrate a milestone in creating a world-class transportation system that will link communities across three counties," said King County Executive Dow Constantine. "Not only will Redmond, Marymoor Park and Microsoft be accessible by high capacity rail, but Sound Transit’s community investments will help deliver long-needed connections between regional bike trails, making it even easier to get around without a car."

The Stacy & Witbeck/Kuney joint venture is completing the final design and construction on the extension.