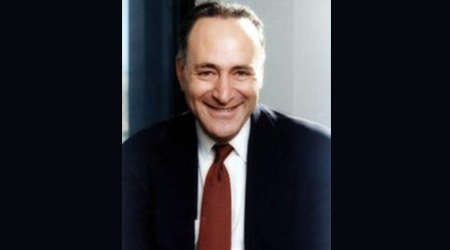 Schumer said the DHS and TSA do not currently crosscheck safety-sensitive transit and passenger-rail employees with the terror watch lists as airlines do. He noted that the 9/11 Commission Report was the first to urge closing this safety loophole under passenger-rail requirements.

"With terror threats from ISIS sympathizers and lone wolves ever possible, it is just not acceptable that every single front line transit employee is not checked against the federal terror watch list like airlines do," said Schumer in a press release. "I'm urging the feds to immediately finalize this commonsense employee background check so that our nation's railways are kept safe."

Although the 9/11 report was issued more than a decade ago, the DHS and TSA have not yet fixed the security rule as it pertains to transit and passenger-rail employees, Schumer added.

The 9/11 Commission Report, section 1520, first recommended all safety sensitive transit employees be crosschecked against the federal terror watch list. Currently, the DHS and TSA have a pending requirement that would close this safety gap, but the requirement has not yet been finalized. Schumer said that this safety gap includes employees in New York City's transit epicenter, including those who work for Amtrak, MTA Long Island Rail Road, and MTA Metro-North Railroad.

Schumer acknowledged that there should be a review process to ensure that in the rare case where an employee is inadvertently placed on the watch list he/she is not negatively affected.