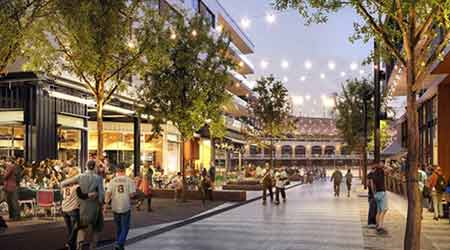 As it continues to build the second phase of the BART Silicon Valley extension into downtown San Jose, California, the Santa Clara Valley Transportation Authority (VTA) has embarked on a transit-oriented development (TOD) study.

The authority is seeking to determine the growth potential for housing, commercial space and retail developments near the Santa Clara, downtown San Jose and Alum Rock/28th Street stations.

"TOD offers a unique opportunity to shape the future of our planned Phase II station areas," VTA officials said in a press release. "When the public thinks about the project, they think of rapid rail coming to Santa Clara County — but the mixed-use development near station areas is also an important part of the project."

Growth potential around the Diridon Station is included in a separate, integrated station concept plan. VTA officials will use that study to determine strategies and policies to guide future TOD efforts, they said.

As work on the BART Silicon Valley extension is completed, reports will be posted on this web page. The project involves a 6-mile extension into downtown San Jose and Santa Clara, three underground stations and one at-grade station.

Under the first phase, the line was extended 10 miles from the Warm Springs station in Fremont, California, to San Jose's Berryessa area.