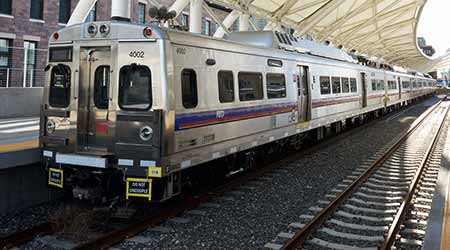 In addition, the FRA added the line to an existing waiver for the transit agency's University of Colorado A and B lines. The FRA's action marked "huge milestones" in the agency's efforts to open the G Line for commuter-rail service to Denver-area suburbs, RTD officials said in a press release.

"We remain committed to meeting the requirements of our regulators and will continue working closely with them, as well as keeping the public involved at every turn," said RTD Chief Executive Officer and General Manager Dave Genova.

RTD continues to work on implementing quiet zones along the 11.2-mile line. Crossing attendants must remain along the G Line while RTD and its public-private partner Denver Transit Partners work through items outlined in a plan submitted to the FRA late last year, agency officials said.

An opening date for the G Line has not yet been set, an RTD spokeswoman told Colorado Public Radio.