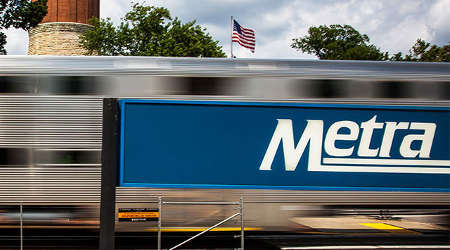 The Regional Transportation Authority (RTA) of Chicago has launched a study into possible funding sources that would support ridership growth along Metra's North Central service corridor.

The RTA is partnering with the village of Mundelein to conduct the study, with support from Metra, the Lake County Transportation Alliance and other stakeholders along the North Central line, the authority announced this week.

In 2017, Mundelein officials applied for technical assistance through RTA's community planning program to conduct the study, which will help identify specific improvements that would be necessary to add service along the line. In addition, legislative and funding strategies will be examined, RTA officials said in a press release.

"We are excited to work with the communities and local stakeholders to identify new sources of funding to support service on this line," he added.

In recent years, Metra representatives have been open with community leaders about how the commuter railroad's tight budgets have affected service, including along the North Central line, according to Amanda Orenchuk, Mundelein's community development director.

"Rather than sit idle, Mundelein engaged the RTA and line stakeholders to come together for a solution," Orenchuk said. "We need longevity. All transit-oriented developments on this line suffer with service cuts."

The study is a first of its kind for RTA's community planning program, which provides technical assistant to the region's transit-served communities. A project team will begin the study by collecting data and stakeholder input, polling the public and talking with riders to identify the most relevant service enhancements, RTA officials said.

The RTA study with Mundelein isn't the first time that Metra has worked with community leaders to find potential resources to expand service. Last year, the railroad created a public-private partnership with Lake County Partners to test a reverse-commute rail service to Lake County, Illinois.