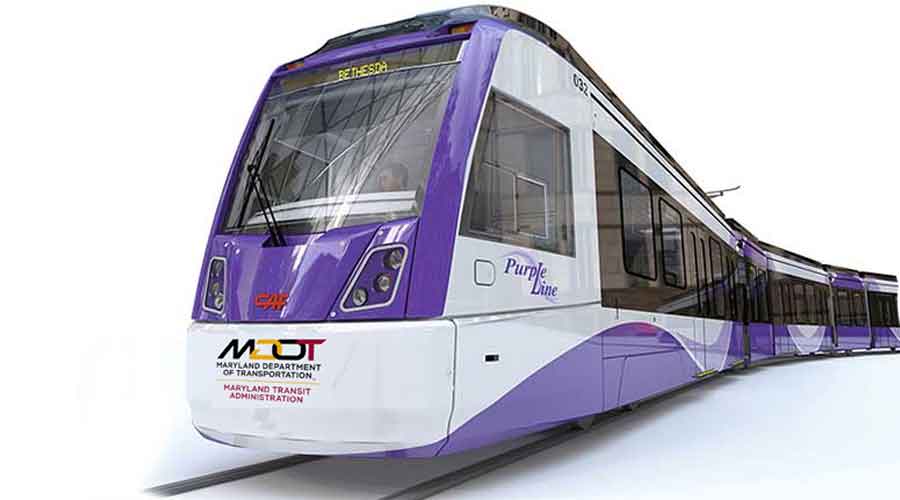 Purple Line Transit Partners (PLTP) has filed a notice of termination of a public-private partnership over a dispute with the state of Maryland over delays and cost overruns involving the Purple Line light-rail project.

The notice came two days after the PLTP consortium and its contractor passed a June 20 deadline to reach an agreement over who will pay delay-related costs, The Washington Post reported yesterday.

The contractor has threatened to quit the project May 1, saying the state has refused to pay for any of the $755 million in additional expenses on the $2 billion project.

The project calls for a 16-mile light-rail line extending from Bethesda in Montgomery County to New Carrollton in Prince George's County. The line would provide a direct connection to the Washington Metropolitan Area Transit Authority's Metrorail Red, Green and Orange lines at Bethesda, Silver Spring, College Park and New Carrollton. In addition, it would connect with the Maryland Area Regional Commuter rail service and Amtrak.

Under a public-private partnership reached in 2016, the PLTP agreed to build the Purple Line, help finance its construction and operate it long term. If the partnership dissolves, the state would have to find another way to build and finance the project, the Post reported.

A Maryland Department of Transportation spokeswoman said the state plans to send the consortium a notice that disputes its right to file the termination notice.