PANYNJ kicks off meetings for PATH extension to Newark airport 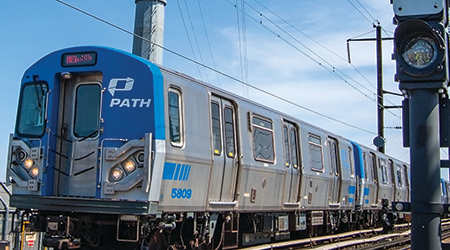 The agency has proposed extending PATH's Newark-to-World Trade Center Line from its current terminus at Newark Penn Station to an existing rail station at the Newark airport. The airport station serves as a transfer point on the Northeast Corridor for New Jersey Transit, Amtrak and the airport's monorail system.

The first hearing took place yesterday, while a second meeting has been scheduled for Thursday. At the meetings, members of the public may view project plans and submit comments.

The extension is expected to cost $1.7 billion. Earlier this year, PANYNJ's board authorized $57 million in planning funds for the first phase of the PATH extension to the Newark airport.