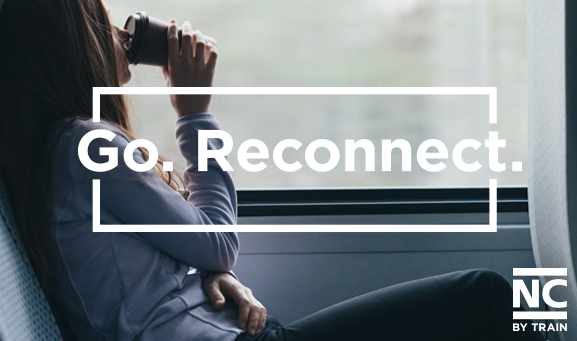 The North Carolina Department of Transportation (NCDOT) this month is launching a new advertising campaign to promote  "NC by Train," the state's passenger-rail service.

The campaign features the slogan "Go. Reconnect." and showcases passengers using the service to meet with family and friends along the North Carolina rail corridor, NCDOT officials said in a press release.

NC by Train refers to Amtrak's Piedmont and Carolinian routes. The former runs between Charlotte and Raleigh, N.C., with stops in seven cities along the way, while the latter operates along the same corridor and also extends into Selma, Wilson and Rocky Mount, N.C.

Both routes are operated by NCDOT with support from Amtrak and carry a combined total of more than 460,000 passengers each year.