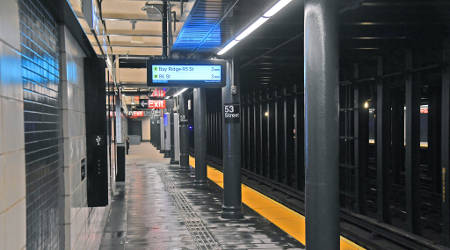 Crews built new canopies at one pair of the station's entrances. The work was completed in less than six months, which was ahead of schedule, NYCT officials said in a press release.

The station was closed in late March to complete the work.

The renovation was completed under a design-build contract awarded to a Citnalta-Forte joint venture in November. The MTA is using the design-build method to renovate 32 other subway stations.