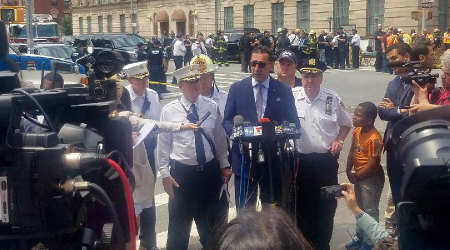 The derailment marked the latest incident in a string of mishaps and delays for NYCT's subway system. Earlier this month, an F train lost power in Manhattan and left passengers stranded in overheated cars, The New York Times reported.

The cause of yesterday's A train derailment stemmed from an improperly secured piece of replacement rail that was stored on the tracks, MTA Chairman Joe Lhota and Interim Executive Director Ronnie Hakim said in a joint statement.

The issue appeared to be human error, not a track defect, they added.

"NYCT is inspecting every inch of rail to ensure that each and every replacement part is properly stored and secured," Lhota and Hakim said. "The investigation into this incident continues."