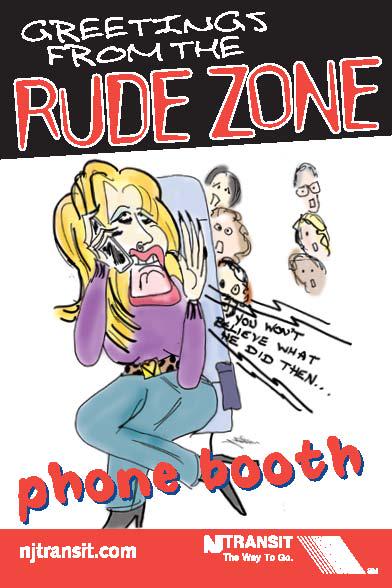 Each week will highlight a different form of riders’ discourteous behavior, such as talking loudly on the phone, using inappropriate language or taking up seats with bags. The campaign illustrates each kind of behavior with a cartoon headlined "Greetings from the Rude Zone."

The program may extend to the agency's other modes of transit in future months, NJ Transit officials said.

"As we continue to listen to our customers, one thing we keep hearing them point out is common courtesy among fellow passengers," said NJ Transit Executive Director Veronique Hakim. "This campaign is a fun and subtle reminder that we’re all in this together and that manners matter when riding our system."

NJ Transit has carried out similar courtesy campaigns in 2001 and 2006.