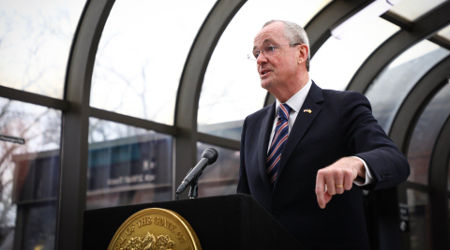 Conducted by The North Highland Co., the audit identified the absence of both "strategic planning and a technology roadmap" as the two core issues at NJ Transit.

The audit's authors recommend establishing an Office of Strategic Planning to create a  plan that "restores NJ Transit to a leadership position in the industry," according to a news release issued by Murphy's office.

"The path forward should be to 'corporatize, professionalize and depoliticize,'" the audit states. "This means NJ Transit needs to operate more like a business than as a quasi-agency and be more independent of state government. The organization needs to fill key leadership positions with individuals who are true transit domain professionals."

Moreover, the audit called for streamlining NJ Transit's organization to improve decision-making. The report also recommended webcasting board meetings and updating the agency's performance scorecards and code of ethics in order to improve transparency and accountability with the public.

"Despite New Jersey's location and our population density, we have continually failed to get mass transit right, something that has limited our economic growth for far too long," Murphy said. "This audit is a critical step toward rebuilding NJ Transit into once again being an agency our residents can count on for safe, reliable, on-time service."

Murphy, a Democrat, signed an executive order mandating the full-scale audit in late January, shortly after he succeeded Republican Chris Christie as governor.