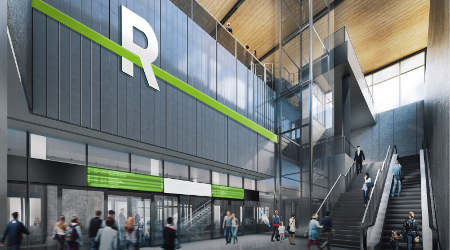 Initial testing on the system will start at the end of 2020, with passenger service slated to begin in summer 2021.

Known as the Reseau express metropolitain (REM), the CA$6.3 billion project marks the largest public transportation project to be built in greater Montreal in 50 years, CDPQ Infra officials said in a press release.

The contractors will "harmonize their respective proposals in the next few months to finalize the details of the schedule and begin work in spring," CDPQ officials said.

CDPQ awarded the two contracts after analyzing other proposals received, including a bid from Bombardier Transportation.

In a statement issued yesterday, Bombardier officials said they were disappointed the company wasn't selected.

"We believe that the offer we submitted was both very competitive and ideally suited to meet the sustainable mobility needs of the greater Montreal area," said Benoit Brossoit, president of Bombardier Transportation, Americas region.