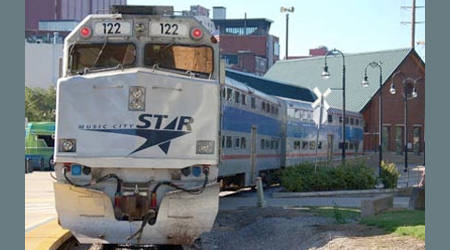 Located in the city's Hamilton Springs subdivision, the $4.1 million station is a central part of the state's first transit-oriented development, RTA officials said in a press release. The station covers 3.2 acres and will include a park and ride lot with 160 lighted spaces.

The Hamilton Springs subdivision will include apartments, homes, retail shops and a large central park with access to a future regional greenway.

Local developers Jack and Rick Bell donated land for the station. Construction on the station is expected to wrap up in early 2018.