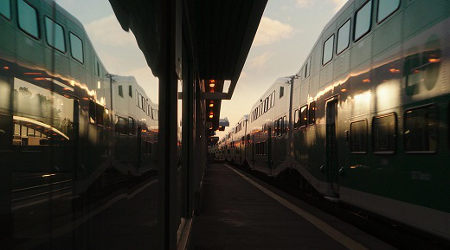 The agencies also will explore other potential transit connections to the airport, such as the Eglinton Crosstown West light-rail project.

Metrolinx is studying the airport connections as part of an environmental assessment of a proposal to separate freight- and passenger-rail lines in the northwestern Toronto, GTAA officials said in a press release.

In addition, the agency will look into other improvements to ground transportation to and from the airport and the airport employment area, a suburban region that straddles the borders of Brampton, Mississauga and Toronto, according to GTAA. About 300,000 people hold jobs in the area, marking the second highest concentration of jobs in Canada.

"By strengthening connections among communities along the innovation corridor between Kitchener-Waterloo, Pearson Airport and Toronto, we will work to deliver faster, more frequent service for our customers," said Metrolinx President and Chief Executive Officer Phil Verster.

Currently, the Toronto airport is served by several GO Transit and Toronto Transit Commission bus lines, as well as the Union Pearson Express rail line, which opened in June 2015.